It is not yet completely passed the hangover of August 15, the sausages, drowned in alcohol, come back on, sometimes. Italy collects medals at the Olympics and it was not exactly in the forecast. Missing a week at the beginning of the Serie A, and Toro just gave four at Pro Vercelli, in the Italian Cup. Some may say that is a small thing; it’s true, but Turin has already been eliminated, several times in the first round, and the great goal of Lucas Boyé, seen from the stands, it will remain in my memory grenade !!

So it’s all right, it’s time to cut to the chase. In a few days, the new version 2.9 Olympic of the i68Controller Suite will be available for download.

The update brings another hangover! A full of new and substantial improvements in the performance of many operations, especially those that involve the database. The procedures of research and data merging, have been reviewed and, now, are much more efficient.

It was a necessary step to allow, the Updater, to see the light. Even so, the tool employs almost a quarter of an hour, to complete its cycles! What is the Updater? It’s the new tool to import the EA rosters update, distributed online, weekly. The procedure can be performed on any Fifa 16 database, although heavily edited. It should works also on Fifa 14 /15, but having uninstalled both games, I am not able to verify personally. Let me know! 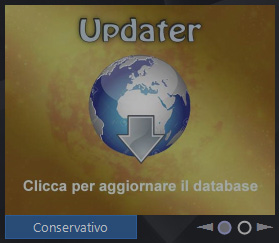 There is more. Since the program has access to all the game’s save file, the operation can be performed starting from a file of the career in progress. The result will be a database that will reflect the roster of the career, including the “invented” players by the game! It’s an opportunity to study and understand the Fifa operation, and find out, for example, as changes made to the configuration files, reflect on the stats.

At the same time, there is also a second new tool, the Exporter, to extract and save all the tables in text format. Finally, also the Scripter has been considerably enhanced, with the addition of many new commands.

The future is Fifa 17 of course! Over the next two months, as usual, I will try to adapt programs and patches so that they can run on the new chapter. We hope that the graphics engine and other features announced, bring the promised benefits, without prejudice the modding. Because, in the end, editing is the main fun!!

Good morning friends! It's been a long time since my last article on this blog, so I apologize to ...