Dear all, how sad! Yesterday, downloaded the Demo of FIFA 17, I spent the evening to analyze the new files and reading comments and ideas on various forums. The pessimists were right. Unfortunately, switching to Frostbite represents the end of the era of Fifa modding. Such a pity. It took days and eyes to develop all the tools of the suite, and now that, finally, we are able to do almost anything … it’s all garbage! Given the complexity of the new structure, it will be virtually impossible to adapt i68Controller, as well as all the other tools that we are used to edit the game. It is also hard to imagine that a system so advanced and complicated, may be “punctured” in a short time. So, if someone will find a way to replace a kit before next year, we have to clap our hands and write a billboard!

As I have been saying for a long time, I have no age, nor the time, nor the brains to even think to start all over again. The world goes on. Now, we need many new skills to study and understand the features and operation of this new engine.

In the next days, I will try the new game with the hope to discover it, funny, as it is. If I don’t like it, maybe, I will continue to modding Fifa 16 for another year or so!

I’m skeptical. I never really liked the ‘vanilla’ versions of FIFA series. The career mode has always been pretty much unplayable without editing tweaks. Too many data errors, missing licenses, limitations of any kind. We have to play ten seasons to be able to receive an offer of a great team, and maybe we do not like it either! We never be able to buy whoever you want, because you do not have enough money and prestige, unless you choose one of the usual 5 squadrons. It will also be realistic, but it becomes tedious and obnoxious like the real thing! So where’s the fun?

I’m afraid. Will I find myself playing one year at Ultimate Team? And strictly offline, because online is full of kids, cheaters (the majority) or too good… What a bad end! Of course, I can not afford any of the stars because they cost too much. We should play 5 hours a day… and maybe not even, since we don’t find anything good, buying the packages with the earned credits. So, again, where’s the fun?!?

Oh well, I will survive! Even, if they have stolen my favorite toy. Thanks EA. This year, as always, I have already booked the acquisition of the title. The next one, hardly you will have my four pennies! 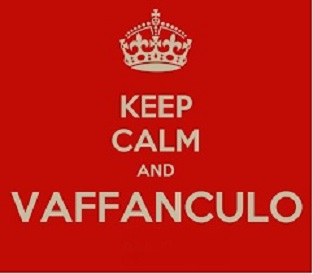 Dear friends, in the last few days we have to take over a widespread pessimism about the possibility ...