Here I am friends, with a couple of novelty and a few simple example of how to use the scripts and the various commands available.

First an important premise: someone keeps asking if with the controller you can do everything as with Creation Master… the answer is obviously NO! The CM is both a tabbed editor (with a visual interface) and a complete graphic importer/exporter.
With my tools you can do many things and many more will be added in the future, but it is the approach which is completely different. The Merger and the Scripter are two utilities that allow, when better understood and used, to perform, in a minute, operations that with the CM would take away half days… But the beauty is, above all, that these operations can be repeated many times, on any database, on any patches and any version of the game, always on the fly, without having to “re-do” all over again!

Just yesterday, I had run all my scripts (more than 500 commands!!) on the latest version of ModdingWay! An hour of work (also considering the changes to some settings in the compdata and the merges of a couple of tables) and so, I’m ready for a new career, with all the changes introduced by the mod but without losing any of my very personal changes!

Someone asked me how to modify the age of the players so they do not withdraw after the first few years of the career:

And so the ‘pupone‘ will have magically fifteen years less! Of course you could use the playerid instead of the names method, that sometimes fails especially when it has to do with “strange” characters!

How can I change the budget assigned to my preferred team?

Well done! In only five lines, the Pro Vercelli will become the Manchester City of the future, will play in a stadium “grandiose”, it will be feared by all (even in simulations) and will become the worst enemy of juve!

Finally, here are two new commands to manage the loans table! This way you can prevent Jovetić and Balotelli from returning to England at the end of the first season or imposing Morata (201153) to come back to Real Madrid and Berardi to become black and white, in Turin!

Beware of “ć” of Jovetić, otherwise, use the playerid!

With this trick you can also force the shocking transfer of Messi who otherwise never moves because of the price and the trait that characterizes its attachment to Barcelona!

That’s all! Start the Scripter and load whatever of the templates available (or open an empty file!). Copy all the commands and save the file as you like, so you can store it and reuse it later. Run the script and you’re done!

All this can be done even faster by copying commands on a new text file, then save it with the name and where you want (use text unicode or UTF-8 or you will lose the special characters and many commands will fail) and give it as food for the “Installer” or the “Scripter”!

Since a couple of days, a new automatical update of the suite is online. It happens because I’m rewriting some procedures for the scripts processing, in order to make more efficient the combo searches on many tables and occasionally a few mistakes jump out! Be patient if you have to re-download the program once more! 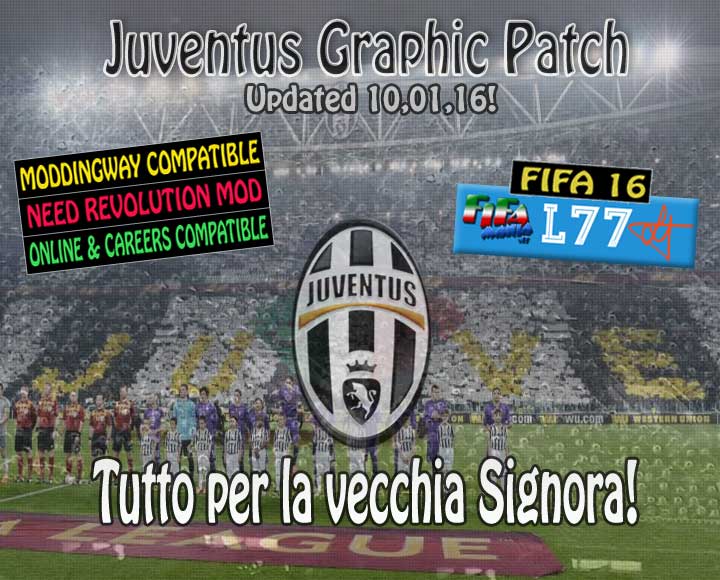 PS. I’ve updated the Juventus Graphic Patch which is now fully compatible with the new overlay feature of the ModdingWay Mod!