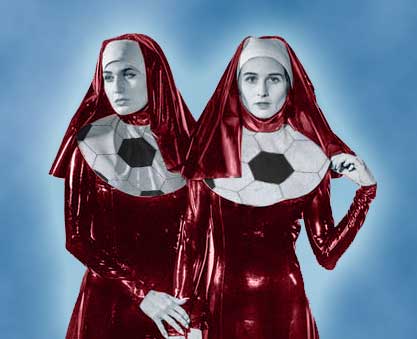 Hiiiii! May 17 is already the past, I know I’m late, and I will explain why … On the other side, are three days that I’m cursing with site updates and of the software! My ‘novices’ are not religious, but which tribulations!

It is ready for download (automatic, via program, or manual), the latest version (2.6.0) of the Suite i68Controller specifically developed and tested for Fifa 16, a game mature, fun, which I appreciated very much, except for the Ultimate Team mode, which define bad is really little: simply unplayable. It’s really a shame.

This update is the result of great debugging work done in recent times, particularly on the i68Scripter tool that now is definitely more stable, fast and complete. Many commands have been added, in particular for the management of the ‘players’ table; others have been revised to standardize and streamline the grammar. Now you can also clone a player and change virtually its entirety. The following is a list of available commands; are already many and, with time, many others they will add. 🙂

Even the Updater is ready and running, but I decided to postpone its release next year. I even discovered that it is possible to execute the merge operations using the database of a career!
Newest born players from the game are added, the teams become the fruit of “the market”, in short, by performing the operation as at June 30, you can theoretically start a new career, where it had ended the previous one, but with all the changes you want! Of course, we would change the career start date in cmsettings.ini, I should make a few thousands of test … I have no time. 🙁

Unfortunately the suite was never used as the Regenerator of a few years ago: many do not even know of its existence! I read on the forums, constantly, people who is anxious to install this or that, desperate people because, since the last update, the Moddingway no longer works! To say nothing of those who do not put patches just because they are afraid of fail playing online … Too bad, but I no longer want to insist and, from now on, I will do just what I need more!

And finally, let’s go back to 17 May. Together with the software update, you will find a new patch, installable via Controller, which fully exploits the potential of the new Scripter commands!
His name is Felix Magath Rebirth Patch and its purpose, is add to the game, a young man who will develop, in the course of his career, all his skills to become, again, the executioner, the magician of that unforgettable Juve-Hamburg of more than thirty years ago. 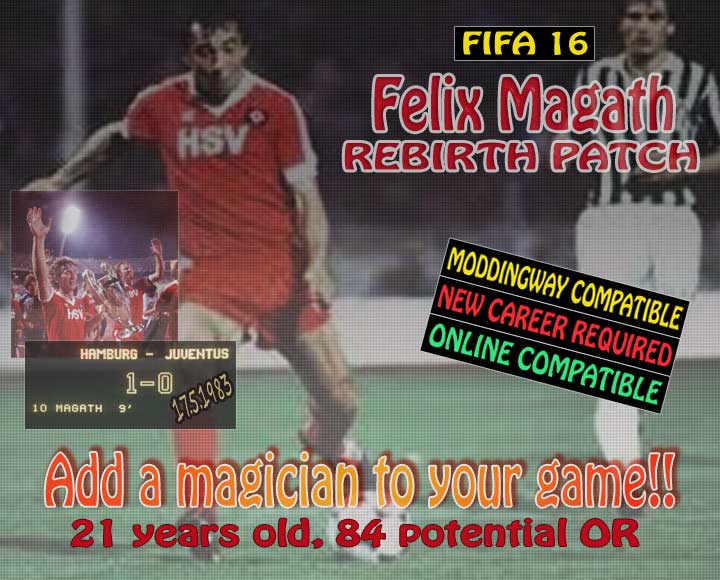 I was little more than a child then, and I began to understand many things … I remember that night as the first, historical, hoot of my career, as a noble, fearless, fan anti-juventus!!! When, the next day, I showed up at school with the red sweater and the crest of Hamburger SV on the chest, I’ve taken a lot of blows! Since then, there have been a thousand other nights, so many sorrows, admittedly, but also a lot of great satisfactions … especially in Europe! However, that day was, for me, a first time, the triumph of David against Goliath, the weaker against the powerful; one could go on. Saturday night we expect a hopeless match, virtually impossible, given the Milan of these days! But we never know … and if go wrong, does nothing! Do not take it badly, my dear humpbacks friends (juventus fans are called humpbacks!); it is only a matter of the heart!

The last update of the year!

Hello! As, I hope, each of you, I have had a great family Christmas day and now I'm enjoying this ho ...