i68Launcher is a tool that allows you to handle up to five concurrent installations of FIFA. You can LAUNCH and play ONLINE or OFFLINE with each of them. The program is a primary resource of the fifa-suite i68Controller, which helps to enrich with its versatility. Throught it, all the other tools can be executed on each installation, without no further manual intervention!

Initially, the LAUNCHER is set to run as usual, a single version of the game, stored in the path chosen by the user, during purchase. The panel displays an icon of the game installed that can be launched with a click.

The button in the lower left corner, lets you choose whether you want to play online or not. In both cases, the program will adjust the indices appropriately, adjusting the reference to the original database, contained in the archives.

In the bottom right, there is a second button to activate the multi-installation mode, hereafter referred to as SCENARIO mode.

When activated, the program makes a copy of all the files contained in the game path and creates two new directories. They are named DATA BASE and DLC BASE, or GAME BASE for fifa 14 and earlier versions. These folders are fundamental and will serve as the basis for each new scenario. They may become useful also as a backup, if for any reason it becomes necessary to restore something. Normally, they should contain only the original files, but a more advanced use (manual), will allow you to add here, those changes which have already been tested and compatible with each successive version, patch… So, you will always be ready when creating a new scenario!!

It’s important to know that NEVER, IN NO EVENT, the application will make changes to these folders. In fact, it is created and immediately “forgotten” from the suite, ensuring the restoration of the game at any time.

Just activated the scenarios mode, your game, in its default configuration, it will be identified as the Scenario1 and automatically named FIFA14/15/16. You can add up to 4 installations just pressing the button “new”. Then select a name, an image and wait for the completion of the procedure. To the new scenario, will correspond two new folders called DATA and DLC, followed by the chosen name (in the example Evolution). 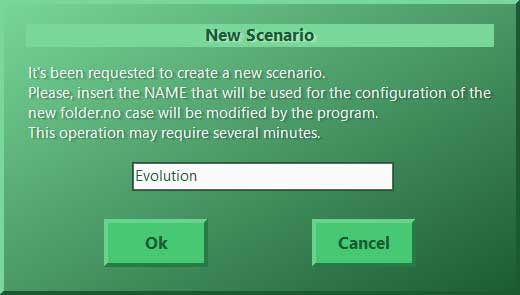 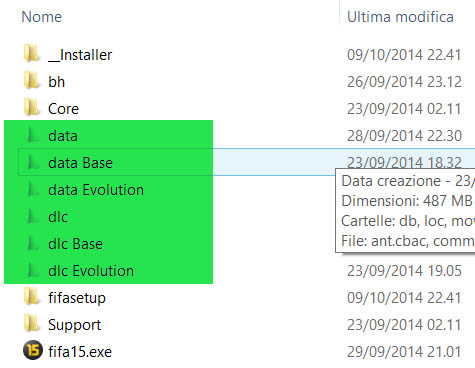 Now, a navigator appeared in the bottom right. It allows you to choose which version to play, online or offline, depending on the option chosen with the left button. Every time you change the active scenario, i68Launcher renames folders. That way, the game path (data and dlc) always contains the files of the selected version.

All operations performed with the i68Suite, any changes made with other tools and the installation of any patch, will only affect the active scenario.