It’s time to grow up: The first public version of the Fifa-Suite i68Controller has just been released for the download! 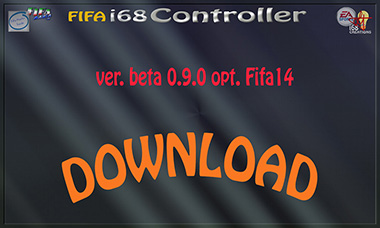 Remember that it is a beta version optimized for fifa14, but in large part also compatible with the previous two chapters of the game. Next week, with the release of the demo for fifa15 and more over with the release definitive of the new game, we will see what is compatible and what not!

As soon as possible I will open two threads of discussion and debug, the first in English on Soccergaming, the second in Italian on Fifamania.it.