Good morning, friends. It’s holiday time, at last. On Saturday I leave for Rhodes!! It’s been a laborious season and satisfying experience. Fifa 16 will remember as one of the most entertaining chapters of the saga, favored by a year of a brilliant editing, albeit burdened from the closing of Fifamania.it, due to the lack of newest Italian editers.

Fifa 17 is announced as a completely new game. It is likely that the files of the game undergo changes, even radical. In this case, it will be virtually impossible to adapt the tools in a short time, in particular for me, that I’m now a little old and that, for decrypting and decompressing, I depend from others! The hope is that, at least the game structure and the database format, will remain unchanged, so we can adapt the suite for another year or two!

Meanwhile, it’s raining news about the new chapter, that will be released in September. In FIFA 17 we will enjoy the new story mode: the adventure will be called “the journey” and it will be a kind of a player’s career, starring a young man named “Hunter“, which will attempt the conquest of the Premier League! I always like to play mainly the manager career mode, so I appreciate even more, the introduction of the Japanese League, made official a few days ago. If the rumors announcing the addition of the Chinese Premier League are confirmed, playing a career, in Asia, with all the teams in Arabia, Australia, Korea, Japan and China fully licensed, will begin to be really exciting! Even so, you can bet, ModdingWay will be able to give us a beautiful Asian Cup, with views of the FIFA World Cup! And I’m already seeing me, on the world podium, with the violets of Sanfrecce!!!

In the meantime, I am working to the evolution of the suite! Besides all’Updater, already announced and described long ago, there will be an Exporter tool, with which you can save, as text, any table contained in any database, including, especially, those of online bailouts and career mode.
The Updater, in addition to get the online rosters, will allow the full merge of the career mode rosters, on any ordinary database, with the result that, with a few more manual changes, it will be possible to start a career where the previous ends… Those procedures last more than a quarter of an hour, when executed on a last generation computer, but they are very efficient! 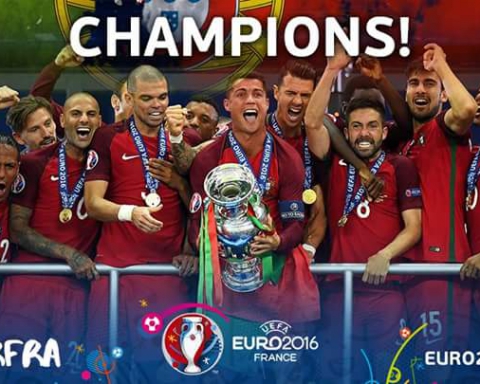 Congratulations to Portugal, new European champion! I was there, last year, in Lisbon, Oporto, Coimbra and up and down from Braga to Faro: a beautiful country. I’m happy for CR7 who suffered a really bad foul and not so involuntary… And then, I have nothing against our French friends, but seeing Deschamps and Pogba and Evra losing, is always a pleasure, even when they are dressed in blue!

And now I just have to wish you all, happy holidays!