The difficulties that prevent me from being “on the piece” as I would like are continuing and it is increasingly difficult to find time for update the site!

Not to mention the situation of the suite… 🙁  It’s been the victim of a real disaster: because of the haste, I restored my last backup that was dated in August and so all the work of this year has gone up in smoke!
Fortunately, the online version is stable (I continue to use it without problems) and also the Merger, although not totally complete, works well for the majority of operations!
In my spare time, I started to rewrite a bit of things, but this year we will not have other updates.

The next version (if there will be!), will be out in August and will be the preliminary release for the new EA chapter!

But let’s get to the good news: it is the day of the Fifamania Superpatch!!! Hooray!

It’s a bit ‘easy’ than in most glorious past, but it remains a great work and the authors deserve a huge thanks! 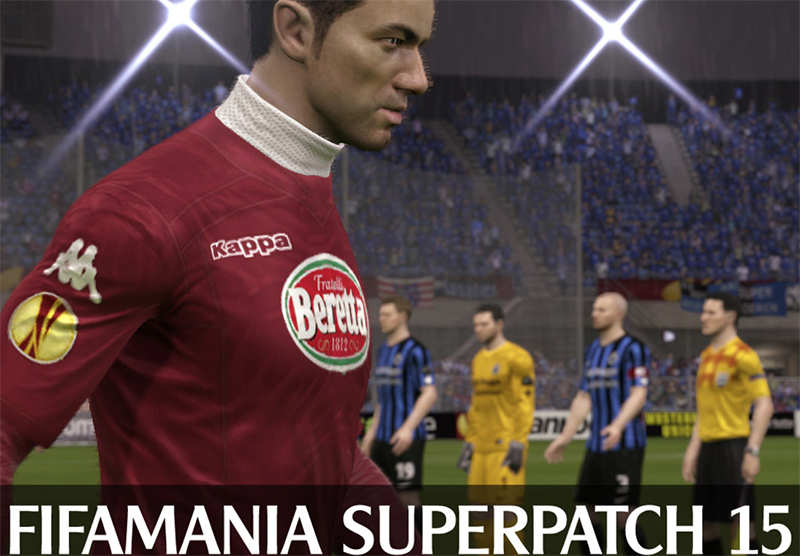 Several people have already contacted me to ask me news about a possible coexistence of the Superpatch with the Moddingway Mod of which, inter alia, Ariel has already announced the release of an update with many new teams and several South American trophies enabled in career mode!

Well, it’s largely possible to mix the graphics extensions, despite having to give up the Superpatch database, from which, however and with only a few simple steps, we can import additional kits, the beautiful referees table, all the stadiums and manager names. Here how to do step by step!

The hangover of August 15!

It is not yet completely passed the hangover of August 15, the sausages, drowned in alcohol, come ba ...